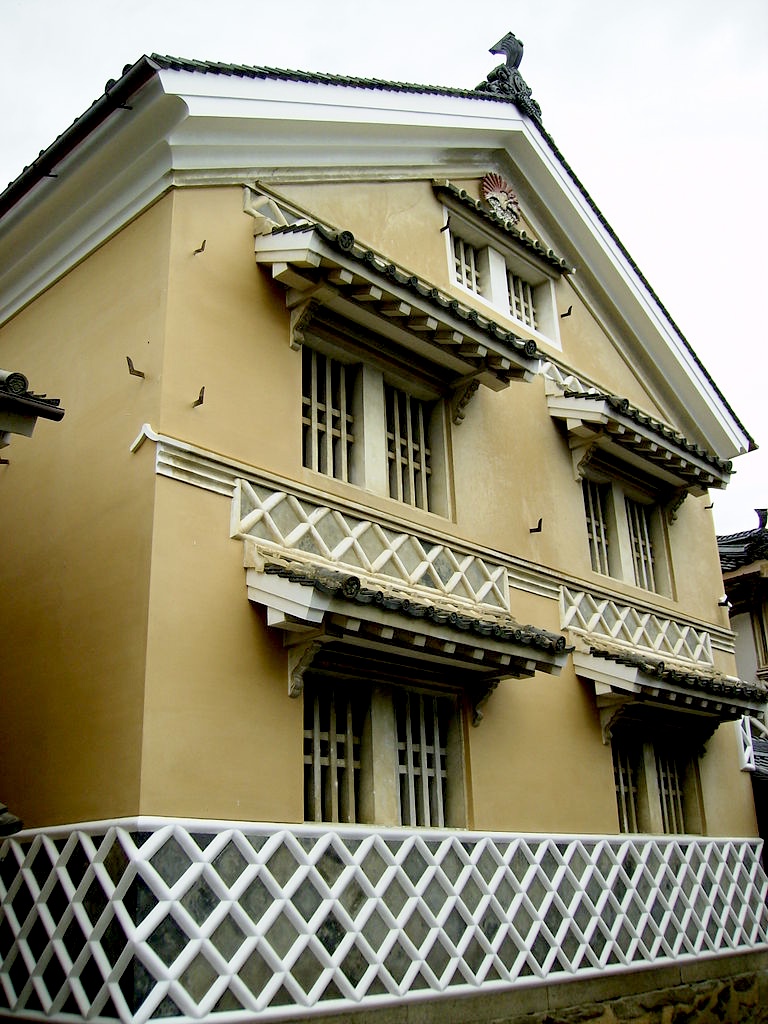 The Kamihaga Residence was built in 1894 by a family who were a branch of the Honhaga household (the main household in Uchiko).

The Kamihaga family was one of the most influential families in Uchiko.

They established the production of wax in Uchiko and thus, the family became very wealthy and powerful.

Now, this elegant and traditional property, with its spacious garden, is used a museum that has exhibitions on commerce, the lifestyle of the merchants and the production of wax.

These grounds are designated as an Important Cultural Property and have been since 1990.

The area of Uchiko was part of ancient Iyo Province and prospered since ancient times as an important transportation hub on the Ōzu Highway and as a transit point for the Shikoku Pilgrimage.

During the Edo period, the area was part of the holdings of Ōzu Domain or its semi-subsidiary, Niiya Domain.

The town of Uchikoi was established with the creation of the modern municipalities system on December 1, 1889.

From the Edo period to the Meiji period, it prospered in the production of Japanese paper and Japanese wax.

In particular, Japanese wax became famous overseas for its high quality, accounting for about 30% of the national production at its peak.

At that time the Yokaichi and Gokoku districts became industrialised and their historical houses still retain some vestige of Uchiko’s former glory.

In the Yokaichi and Gokoku districts is a street of merchant houses, which have solemn white or cream coloured plaster walls, lattices, decorative walls and old-style Japanese desks.

This traditional street is about 600 meters long and around 90 of these historical houses are still lived in.

After the Taisho period (1912-1926), Japan wax production declined due to the spread of oil and electricity.

In 1982, its historic townscape was designated as an “Important Preservation District for Groups of Traditional Buildings”.

On January 1, 2005, the town of Ikazaki, from Kita District; and the town of Oda, from Kamiukena District, were merged into Uchiko.

Founded in 1441, Kosho-Ji is Uchiko City’s main temple and features many interesting architectural point of interest.

Its Sanmon (Main gate) built around 1754 is surrounded by cherry trees, as well as the second entrance gate (Chujyakumon) and its unique corridor connecting both the monastery and the temple warehouse. The Main hall, built in 1717 is surrounded by both the temple dormitory, also built in 1717 and a Zendo (Zen-do) known as a meditation hall or spiritual dojo where zazen (sitting meditation) is practiced.

A reclining Buddha is an image that represents Buddha lying down and is a major iconographic theme in Buddhist art. It represents the historical Buddha during his last illness, about to enter the parinirvana. He is lying on his right side, his head resting on a cushion or relying on his right elbow, supporting his head with his hand.