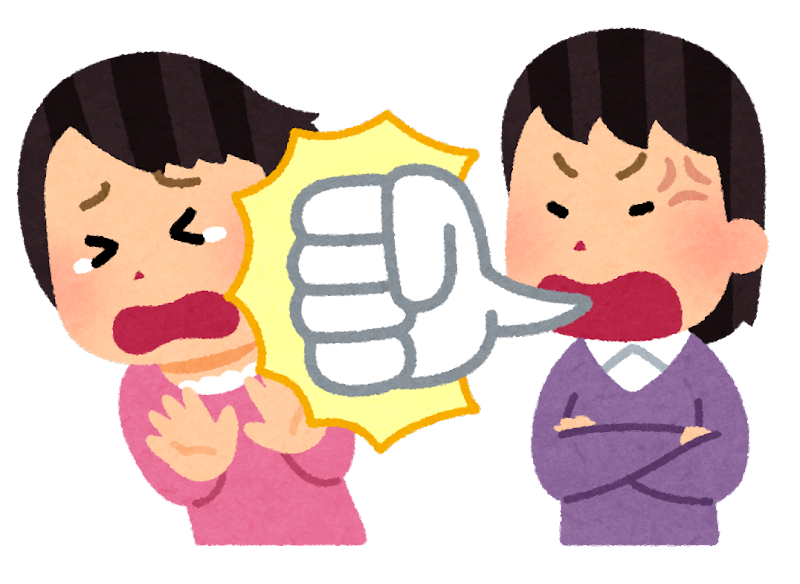 🟣Verbal abuse (also known as verbal aggression, verbal attack, verbal violence,  verbal assault, psychic aggression, or psychic violence) is a type of psychological/mental abuse that involves the use of oral language, gestured language, and written language directed to a victim.

Verbal abuse can include the act of harassing, labeling, insulting, scolding, rebuking, excessive yelling towards an individual.

It can also include the use of derogatory terms, the delivery of statements intended to frighten, humiliate, denigrate, or belittle a person.

These kinds of attacks may result in mental and/or emotional distress for the victim.

Verbally abusing or attacking another is a maladaptive behavior that can be occasionally displayed by anyone, especially during stressful times or times when one is experiencing significant physical discomfort.

It can also be used as a defensive mechanism when an individual feels like they are being attacked by another individual, or as a method of achieving vengeance on an individual.

However, verbal abusive behaviors can also be used to intentionally manipulate others.